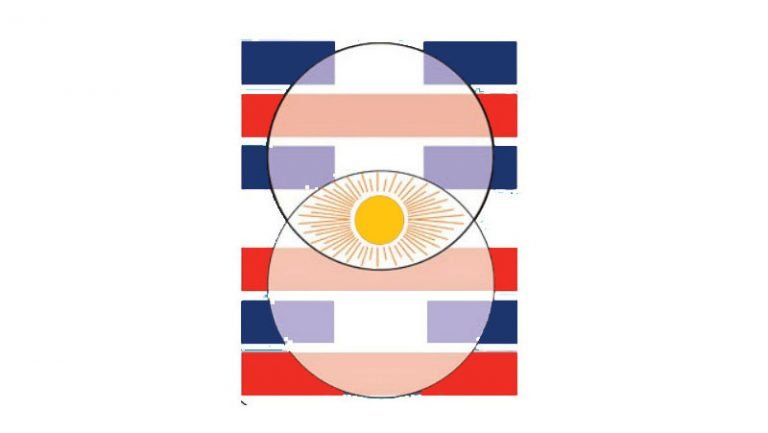 The original human being in the astral plane was androgynous (both male & female), and hence immortal- it could self-reproduce. This allowed us to continuously explore the process of creation.  During the process of polarization into physicality, an issue arose when we split into separate male and female bodies in the physical plane.  This has been refered to in many myths and creation stories from all over the world as THE FALL.

It was this polarization into physicality that makes all human beings feel so cut off from their divine origins and the outer world of nature. It makes humanity hungry on so many levels. Paradoxically it also makes us human beings incredibly creative as well, as we feel this deep longing inside and try to complete ourselves often by projecting this longing onto the outer world. 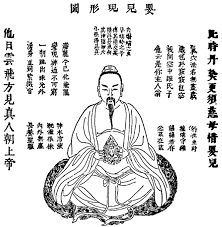 This 6-month training is specifically designed to address this very deep longing originating at the Soul level of consciousness.

This is ultimately what you will be embodying by commiting to this program.. The Lesser Enlightenment of Water and Fire. (Kan & Li)

The Fire and Water halves of our Soul are guided to copulate in our energy bodies’ central channel. This moves us consciously into the energetic domain of the pre-birth, the formless self, where our Soul first polarized itself into the male or female sexed body.

Your expereince of this inner coupling is felt as an inner Soul peace and a calming down of inner unconsious longing. Your ancestors will be celebrating because none of them intergrated at such a deep level. This intergration at the Soul level is very healing and empowering and has to be expereinced. This is what Jesus was pointing to when he said.  “A peace that surpasses all understanding.”

Why do so called Enlighted Gurus have such a bad track record of sexual abuse?

Few meditators seeking transcendence seem able to release their deep sexual tension, especially the supposedly highly enlightened male gurus/masters who, while posing as celibate and enlightened end up abusing  many of their female disciples.

The parallel in the West is found in the Roman Catholic church, with its history of widespread sexual abuse by priests that has recently been brought to light

Most meditation and spiritual traditions attempt to offset the sexual polarization  of  the body by focusing on stillness or a passive inner witness or  a divine self that is described as sex-less and desire-less.

These traditions often blame some aspect of the lowly physical self – either the ego, the mind or our bodily sexual desire – for leading us astray from our true nature or higher self.

I beleive now is the time to address this deep unconsious sexual drive and learn to intergrate it into our lives, not an easy task hence why I have created this 6 month program to  initiate 10 students into the Lesser Enlightenment of Water and Fire, By coupling the inner male and inner female in your energy body. In other words have as much internal  orgasmic sex as you want within your own soul.

If I complete myself at the Soul level will I lose my desire for the opposite sex?

This is a very valid question that has come up countless times in this 6 month training. The answer is a firm no, you will always be in a sexed male or female body, its your inner energy body, your soul  that is restored to its original androgynous nature. The unconsious Soul longings and hunger for something missing is what is addressed by this immortality formula of the Lesser Enlightenment of Kan and Li.

FREE ARTICLE ON THE STRUGGLE BETWEEN LOVE & POWER

What time do the weekend modules start and how long do they last?

Andrew has done his best to make the times as supportive as possible for as many different time zones. If you have a concern or question about the times please schedule a call to discuss.

How is the weekend structured?

This is where Andrew will transmit all the different Qi Gong  forms and Inner Alchemy meditataions. The weekends are  a mixture of theory , lectures and group practice.

The Qi Gong forms and Inner Alchemy meditations learned on these longer in-depth weekend training are explained and clarified by Andrew based on each student’s individual needs.  Each student will then apply what is learnt on the weekends into their daily life. The weekly group mentoring  is also used to deepen your practuce and reveiw what has been taught in the longer modules..

The ultimate goal of this ongoing 6-month training is spiritual independence and the ability to transmit to others everything you have learned and embodied. Many graduetes have a new career as a teacher of Qi Gong and Inner Alchemy

Do I have to attend every module?

Yes as best you can, it is always valuable to attend these weekend teaching modules live. But in case of other commitments and unexpected emergencies it is always possible to catch up via the recordings.

"I attended the 6 month inner alchemy mentoring program in 2021 What a gift! The content and transmission were so rich! What I particularly loved about it was the experiential nature of the teachings This course has facilitated the establishment of a solid daily practice something have been trying to do for years. The relationships that formed and the sacred community that has been built with fellow classmates, where you feel loved and supported at such a deep level, was an unexpected treasure.” 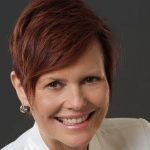 Laurie Cossar Canada
“The investment I made in time and money and what I have gotten back, is beyond exponential,, where I just feel it is some other form of currency it is so precious. We all have our own paths to walk but if you feel called to this one I would just dive straight in. If I were to summarise the feeling about this course it is quality, what we learned to embody is just so pristine. I feel so confident in the teachings that I am now able to offer.” 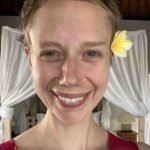 This program is Limited to 10 COMITTED students

Payment plans available please schedule a call below to discuss.

To apply or ask questions about the 2023 program, please schedule a call with Andrew by clicking on the button below. 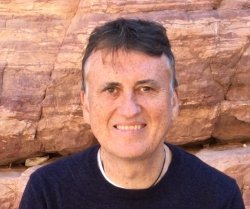 Andrew Kenneth Fretwell
Andrew Kenneth Fretwell's role in the world currently is as a Soul Alchemist and Spiritual fulfillment facilitator. He regularly holds space for the transformation of groups and individuals through his practical clarity around the multidimensionality of the human experience.

He is the founder and creator of WU JI GONG.ORG www.wuji-gong.org a dedicated and committed worldwide community that is inspiring and educating humanity on how to awaken self-love by grounding and crystalizing the multi-dimensional high vibrational essence self (SOUL) and integrating it within the body/mind.

He has also the founder and creator of Original Feeling Touch www.oft-touch.com a revolutionary healing modality specifically designed to create a safe space to get in touch, feel and accept unresolved hidden feelings so that our natural authentic self can be revealed and expressed naturally.

Andrew has literally held healing space for over five thousand bodies in the last 35 years and has also trained many other professional therapists in the OFT approach. Andrew’s experiential knowledge of the emotional anatomy of the body/mind has been instrumental in supporting bodyworkers from many different disciplines.

Andrew also has a one on one counseling/mentoring practice where his main area of focus is in supporting and clarifying each individual's understanding of their Soul's higher evolutionarily purpose for this current life. https://wuji-gong.org/soul-breakthrough-mentoring/ 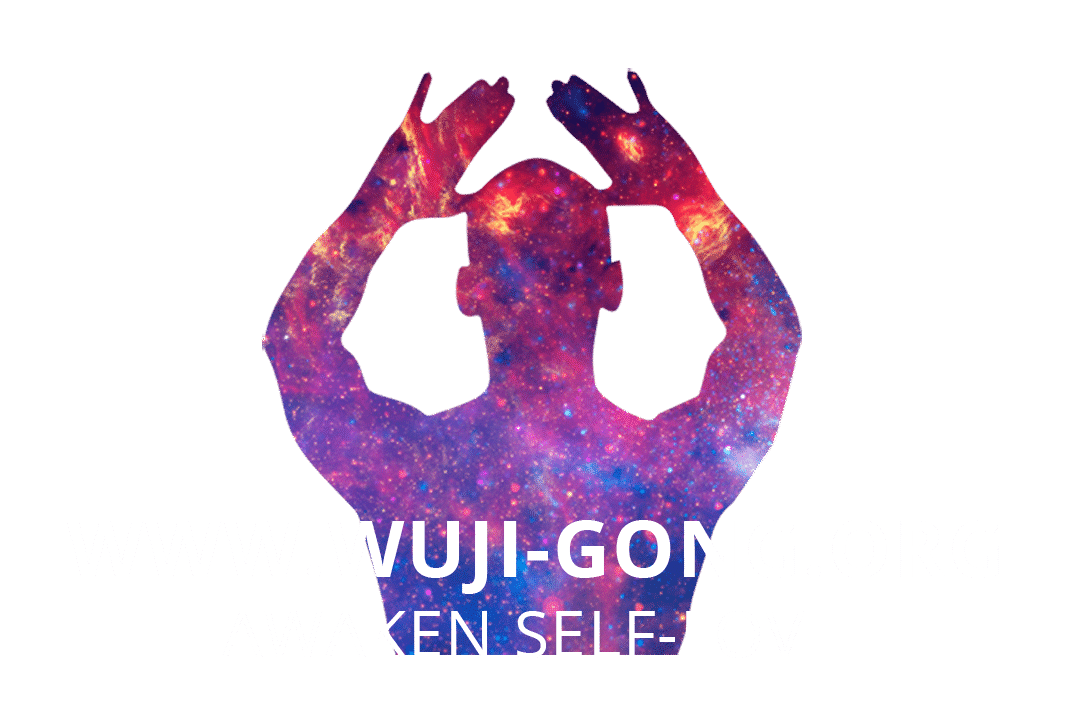 We are a dedicated and committed worldwide community that is inspiring and educating humanity on how to ground and crystalize the multi-dimensional high vibration essence self (SOUL) and integrate it within the body. 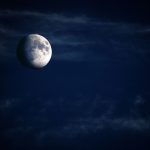 For our newsletter to stay informed about free webinars, courses and retreats in your country Subscribers receive a free audio on Self-Love

Please confirm you want to block this member.

You will no longer be able to:

Please note: This action will also remove this member from your connections and send a report to the site admin. Please allow a few minutes for this process to complete.

You have already reported this
Clear Clear All